WE DO
Radiation dosimetric control
Spectrometric research
Measurement of electromagnetic fields and laser radiation
Chemical analysis
Irradiation of biological objects
Radiation safety classes
Scientific and research activity
The Radiation Research and Environmental Protection Laboratory (RREPL) is structural subdivision at the NSC KIPT, performing scientific and technical work.
RREPL has passed the state certification and obtained the Certificate of compliance of the system of measurements with the requirements of ISO 10012:2005 № 01 – 0136/2020 that was issued on 18.11.2020 by the State Enterprise “Kharkov Regional Scientific-Production Center of Standardization, Metrology and Certification”. The certificate is valid until 18.11.2023. Main tasks of the Laboratory: RREPL consists of the following subdivisions: RREPL is headed by the head of the laboratory who is elected on a competition basis from the employees who passed a special training. These employees should also have a degree, scientific publications in the field of radiation physics, experience working with ionizing radiation sources and, at least, 10 years of scientific and organizational work experience. The head of RREPL is accountable to the Deputy General Director of scientific and technical developments at the NSC KIPT. Main activities of RREPL: 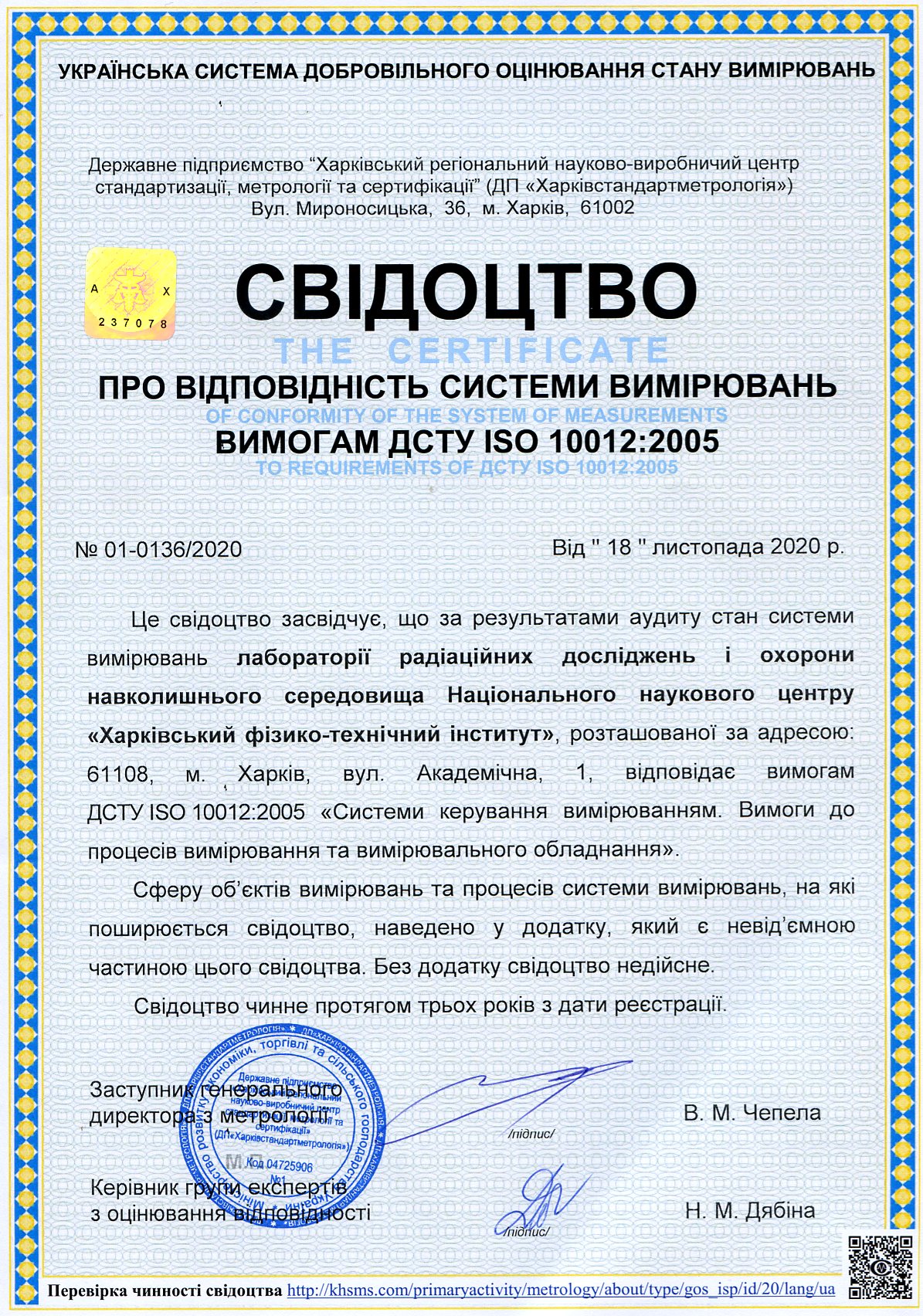